Getting caught up in other people dramas 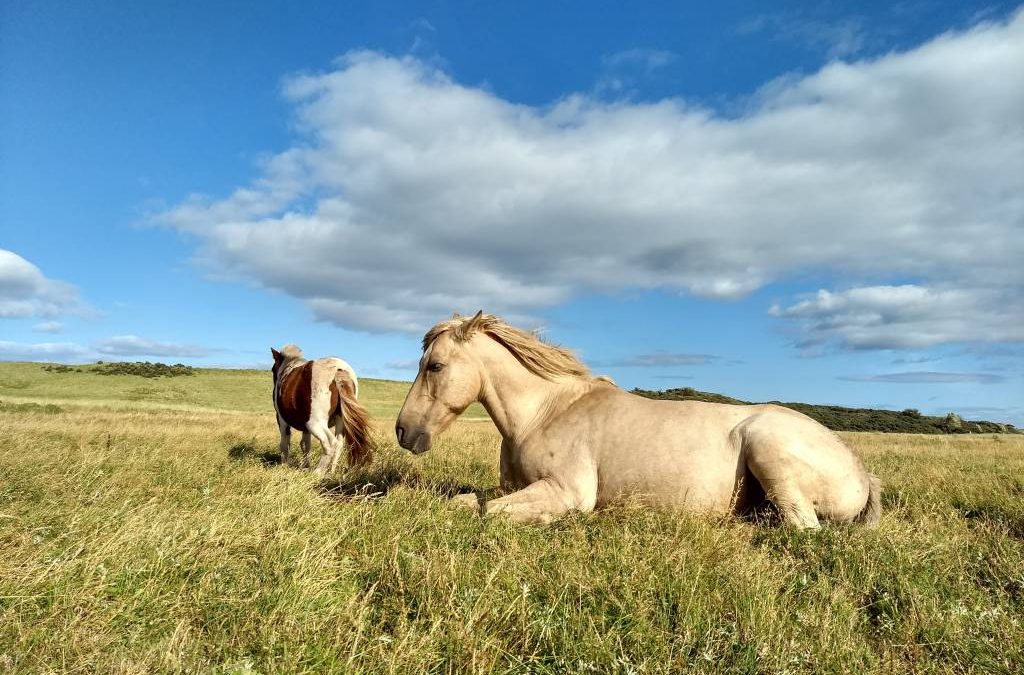 I was thinking about this theme recently; the way it is so easy get caught up in other people’s dramas, or put more simply, take on their stuff to the detriment of ourselves. It’s a theme which often comes up, not just in my own life, but in counselling sessions with clients, when people give more weight to the reactions of others than to their own needs and inner guidance. When we do that, in the end we serve no one, but importantly we don’t serve ourselves and deny our own feelings. It’s a pattern of behaviour that can even place us in danger.

I met this challenge head on recently through one of my horses who has lost a lot of weight over the winter. He’s a slim breed anyway, but he wasn’t managing to gain weight on the spring grass. There were twin causes at play, one that our field was flooded for some months over the winter which reduced their access to grazing and the other that he is getting older and has historically bad teeth. There’s an expression in the horse world, “no hoof, no horse”, and it equally applies to teeth. So, what to do?

I wanted to give him extra feed but without getting caught up in the other 3 horses’ desires of all wanting fed too. They don’t need extra feeding but would most definitely want it. I wrestled with my own emotions of fairness, equality, guilt, and perhaps one that most people will recognise, self-worth. This was such a strong feeling – will the other horses still love me if they get nothing! So strong was this feeling that it almost won the day.

Sifting the wants from the needs is important here because the truth of the situation is that one of the horses needed fed and the other 3 wanted fed.

I ordered the food but still hadn’t worked out the best plan of action to reduce the potential drama around it all. Sharing my dilemma with a friend she asked, “will you give the other three a carrot or something to make them feel loved too”? Emotions of guilt and fairness popped up again in me because it was the opposite of how I was planning to go about it. I was becoming clearer about my approach, I would simply not ‘buy into’ whatever reactions the other 3 horses had when they saw the ‘chosen one’ being fed.

I decided to feed my old boy called Moreno outside the field gate so that he could eat in peace and not be bothered by the others. Day one came. I led Moreno to the gate, out we went, and I gave him his food. The others hadn’t noticed at first but then came rushing over expectantly. Horses’ faces tell a story and it was all written there as if they were human. It was as if I’d walked into a primary school class with only one ice cream and given it to one child. “What about me!” written all over their long faces.

One of them quickly resolved himself and went over to graze on a nearby pile of hay, he worked out that there was nothing here for him. Another sought distraction and started scratching the last of his winter coat off against the fence and the third continued to stare at the food. I kept my energy low and didn’t engage with the ‘wanting’ energy coming from the staring horse. I kept my focus on Moreno eating and listening to sounds of his munching and watching his lips feel for the next mouthful. This deliberate engaging of my senses kept me in my senses and out of my head – the place where the script of guilt and fairness and they won’t love me anymore runs.

Finally, the long-faced horse left to join the others eating hay and all was calm. They all sorted themselves out. I just had to stay in my integrity and deal with my own emotional reactions.

What I learned from this was that the next feeding time will be much easier for all of us. The other three won’t expect anything and over time will probably not even come over to the gate when I feed Moreno. It might have been vastly different if I had ‘bought into’ the emotional tangle, my own and theirs, setting myself up for carrot feeding and a potentially dangerous situation at the gate as all four horses try to get at the food. Anyone who knows horses will understand that food fights among horses can be an extremely dangerous place to be in the midst of.

This way was calmer for all of the horses and it kept me safe. They eventually accepted the situation and moved away. It was a good reminder for me that once I have found my way forward with a challenge, not to be pushed off course by the wants or reactions of others. To stay calm in my resolve and while acknowledging their wants, but not feel that I must take responsibility for them. That’s their job and perfectly exampled by the horses. We humans have much to learn from horse behaviour.